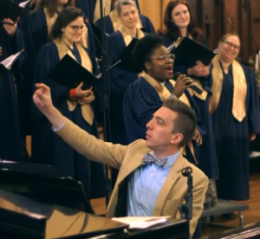 Adam Podd  is a Vermont-bred, Brooklyn-based music director, pianist, organist, bassist, composer, arranger, and orchestrator. He is the Music Director and choral conductor at First Unitarian Church in Brooklyn, NY.   Singing and choral enthusiasts may know him best for his viral virtual choir and orchestra version of “How Can I Keep From Singing” – produced and arranged by Adam and his twin brother Matt.

As a pianist, Adam specializes in blues, jazz, and gospel. He has worked with some of the top artists and organizations in his field including The National Symphony Orchestra, The Boston Pops, New York Pops, Houston Symphony, Idina Menzel, Megan Hilty, Darlene Love, James Monroe Iglehart, Hal Leonard, Alfred Music, Macy’s Entertainment and The Young People’s Chorus of New York City in such venues as Carnegie Hall, The Kennedy Center, Symphony Space, New World Stages, and others. 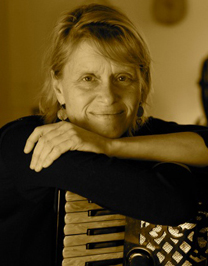 Mary Cay Brass has led harmony singing at the Vermont-based Village Harmony camps for teens an adults for 28 years. She is a specialist in music from the former Yugoslavia where she studied on a Fulbright and has created and led Village Harmony camps in Bosnia and Macedonia. Mary Cay leads two community choirs: The River Singers in Westminster West, Vermont, and Greenfield Harmony in Greenfield Massachusetts; both SATB intergenrational choruses of 60 – 90 singers – both exploring the vocal music cultures of many community-based world tradiitions including the Balkans, the Republic of Georgia, South Africa, the British Isles, France and American folk traditions such as shape note, Appalachian and African-American gospel. Mary Cay is a founding member and co-music director of Hallowell, Vermont’s first a cappella SATB hospice singing group. 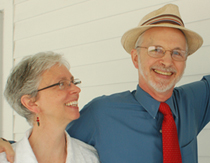 Peter and Mary Alice Amidon have been a mainstay of choral singing at major traditional music festivals, choral singing weekends and summer traditional music and dance camps for the last twenty-five years. Peter is choir co-director and Mary Alice a member of the Guilford (VT) Community Church UCC. Mary Alice is a member of, and Peter is a founder and music co-director of Hallowell, an a cappella SATB hospice choir which has inspired, and helped form, over forty other a cappella SATB hospice choirs throughout the United States. The Amidons’ choral arrangements and compositions, which they have published in their two collections “Fifty-five Anthems for the Small Church Choir” and “Twenty-five Anthems for Interfaith & Community Choirs” many of which can be heard on their website – amidonchoralmusic.com – are being sung by hundreds of choirs throughout the US and the UK.