Becky Tracy, Zara Bode, Keith Murphy, Peter & Mary Alice & Stefan Amidon perform:
Land on the Shore
Maybe forty years ago I first came across this remarkable recording of Buna Hicks singing “Father’s Now Our Meeting Is Over” on the Folk Legacy “Traditional Music of Beech Mountain North Carolina, Vol I” album. I learned the song and tried, a couple of times, to lead it at one of our gospel singing workshops. It did not work so well as a singalong, so I just kept it as a great song to sing by myself. 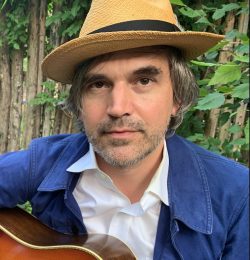 Jefferson Hamer is a wonderful traditional singer, one half of “The Murphy Beds” with Eamon O’Leary. I heard Jefferson do a concert in Northampton a few years ago where he led “Fathers Now Our Meeting Is Over” as a singalong with the melody altered just a bit, and it worked great.
I inquired about the source of his version of the song, and Jefferson told me he learned it from Canadian folk singer Paddy Tutty.  I learned her version from her “Prairie Druid” album under the name “Land on the Shore“. 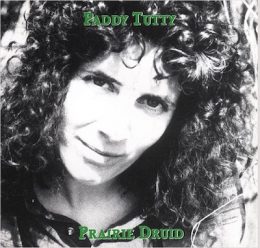 I performed Paddy’s version with my family: Mary Alice, Stefan, and Stefan’s wife Zara Bode, with Keith Murphy piano and Becky Tracy fiddle, at our 2021 New Year’s Eve concert at the Brattleboro Music Center. We taught it to the audience and it was a terrific and moving singalong.
While we had a live audience, the concert was also live streamed. Our friends John Henderson and Pippa Hall watched the concert from their home near Ottawa Canada.  Here is part of the email John Henderson wrote to me after the concert: 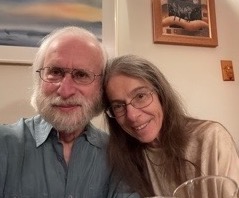 Pippa and I were part of the Bayley-Hazen Singers, “back in the day”. We were truly gratified to hear the singing of Land On The Shore, and your mentioning of Paddy Tutty in your introduction.  We thought you might like to have a bit more background on that connection.  We have known Paddy since the late 1970’s, when we lived in Saskatchewan, and have become great friends (musically and generally) over the years. Paddy actually learned that version of the song from us.  But the more interesting thing, is that we had learned it as part of the repertoire of The Bayley-Hazen Singers. We cannot recall if Larry Gordon ever told us where he picked it up, but, as it turns out, that version actually came from Larry (full circle!). 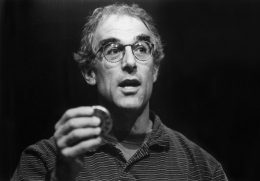 Larry Gordon was founder/leader of the Word of Mouth Chorus that Mary Alice and I toured with in the late ’70’s, which had helped launch us into our life of choral singing. In the 1980’s the Word of Mouth became the Bayley Hazen singers that John Henderson and Pippa Hall sang with.  Larry later founded the extraordinary Village Harmony/Northern Harmony world-wide network of hundreds (thousands?) of singers and singing leaders.  Many of you know that Larry died in a bike accident last autumn (2021).  Larry’s death was an unexpected and painful loss for the Village Harmony/Northern Harmony community, but I saw a Village Harmony concert last night that was as wonderful as any Village Harmony concert I’ve ever seen; a testament to Larry’s lifetime work that Village Harmony thrives even after he is gone.
I have made a simple SATB harmonization of the “Land on the Shore” based on our New Year’s Eve performance.  It can be sung either a cappella or with my transcription of Keith’s beautiful piano accompaniment.  It is available as a free download on our Amidon Choral Sheet Music Download Library/Store.
…and if I never see you anymore, I’ll love you in my heart…
Peter Amidon
amidonpeter@gmail.com
amidonchoralmusic.com